The skin store is a feature of Deeeep.io which allows users with an account to purchase skins using coins.

The skin store allows you to purchase skins in-game using the coins you gain from playing the game. A majority of these skins simply alter your appearance, while a few (such as the saw shark) change certain aspects of your animal while still making it feel as if you're playing the said character.

Other ways of implementing skins 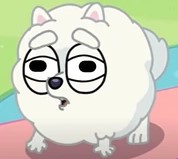 Community content is available under CC BY-NC-SA 3.0 unless otherwise noted.