Edit
watch 01:36
We're Getting Mutants in the MCU - The Loop
Do you like this video?
Play Sound

The controls of Deeeep.io is simple and relatively easy to master. This page will list out all the controls and hotkeys that can be used in different platforms of the game. The bottom of the page will also list out the slash commands of Deeeep.io (yea, there are these kind of things in the game) and their functions.

The controls of Deeeep.io differs according to the platforms it is played in.

Deeeep.io is made for PC, thus the best media to play the game is a PC with a Mouse. Here is the list of controls and hotkeys for Deeeep.io Snow and Below Beta, 2022 if you are playing on a PC. 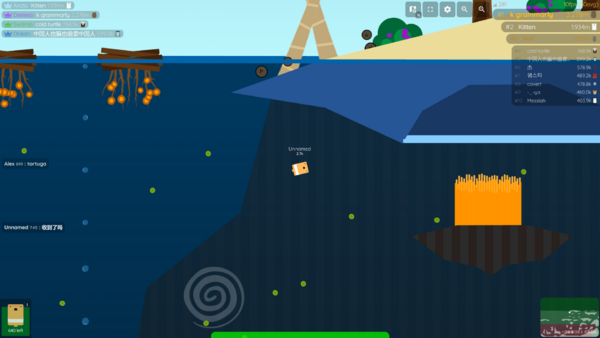 Although Deeeep.io runs relatively well in these platforms, there are a lot of flaws in the Mobile Version. Here is the list of controls and hotkeys for Deeeep.io Snow and Below Beta, 2022 if you are playing on an iPad or a Mobile Phone.

(Contribute with a clear Mobile Deeeep.io Screenshot in the Gallery k?)

How can you help this page[]